Just where did the summer 2016 go?  As fast as Flash Gordon it is gone!  From July 8th until August 21st I traveled every weekend, pretty much covering the entire state of Florida.  I was as far northwest as Perdido Key on the Alabama border, as far northeast as Fernandina Beach on the Georgia border, as far southwest as Sarasota and as far south as Key West.  This post was going to be a recap but when I downloaded the photos, all 2203 of them…well, I decided that was going to take more bandwidth than I have at this moment to organize.

So, I thought I would give you an update on my Building Blocks progress.  If this is the first you are reading about BB then you can catch up here and here.

Remember Block 3 and how wonky it was? 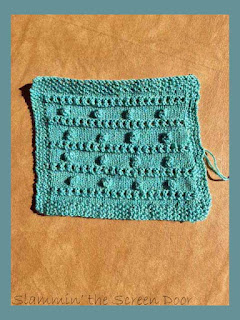 I decided there MUST be a redo. 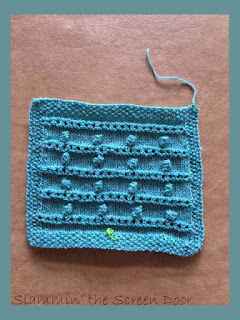 This is Block 4 and the lesson here is simple decreases. 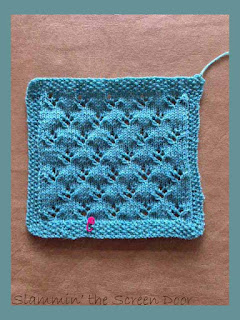 These have not been ‘blocked’ so I’m sure they will end up more square and to the proper size before I sew them together.

I’m currently working on Block 5 (cables) and absolutely loving it…can’t wait to show this one to you later in the week.

On one of my summer road trips I visited a shop that had some really cute panels.  I am not typically a panel kind of gal but I thought this one would look cute in my daughter’s college apartment.  This is Frightful and Delightful from Henry Glass.  It is supposed to glow in the dark. 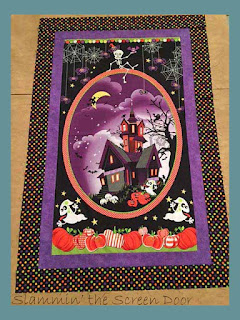 I added the purple inner border and the dots are not only the outer border but also the backing.  I tried a new-to-me method of binding by folding over the backing.  Super easy for something small but I think I’ll stick to the traditional method on larger quilts.

That is about all of the creativity I’ve been able to muster lately but looking around at some of the items that followed me home this summer, I better get to it.

Hope you are all having a great week!